On the right side of the work is a picture of an older Native American woman smiling. On the left side is a grape/eggplant color with “Natividad Castillo Wants Respect” written in red. The materials are Plexiglass, c-print, sintra, and vinyl, it was made in 1989. He often deals with the city and people of Vancouver, a place which has many indigenous tribes in the area. His intent was to discuss the formation of identity influenced by similar images, disregarding culture. I believe the work is looking to discuss the lack of respect for the indigenous tribes that still remains for the racism and prejudice of colonization. They just want respect and recognition that they are people with rights and a heritage. I think this message is very clearly communicated by just having it written, there is no over thinking, the artists allows you to know his exact intent. This print really reaffirms for me that modern art doesn’t have to be about all these complicated hoops that you jump through until you find the buried meaning, it can literally just say what it is and still be great. 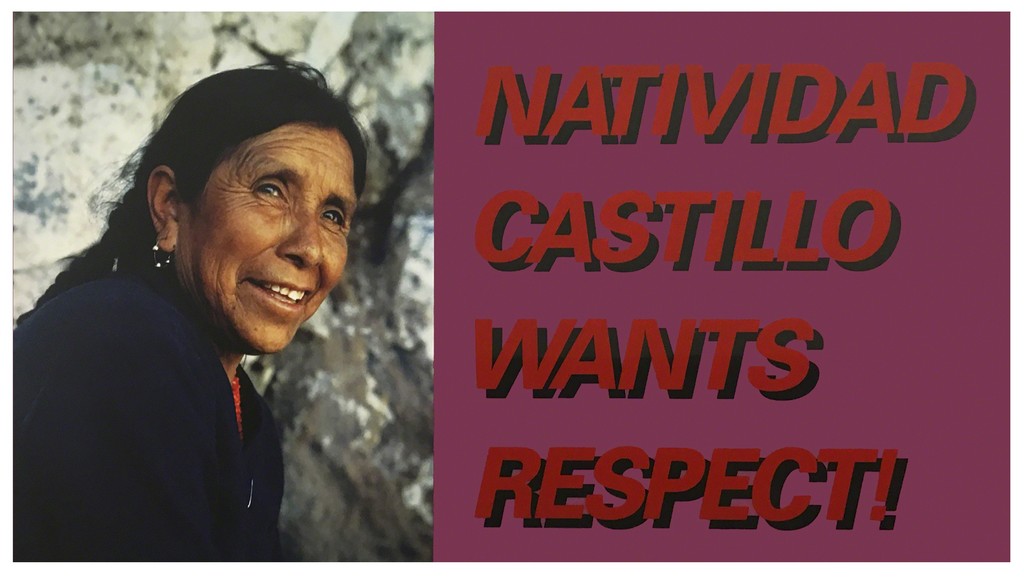