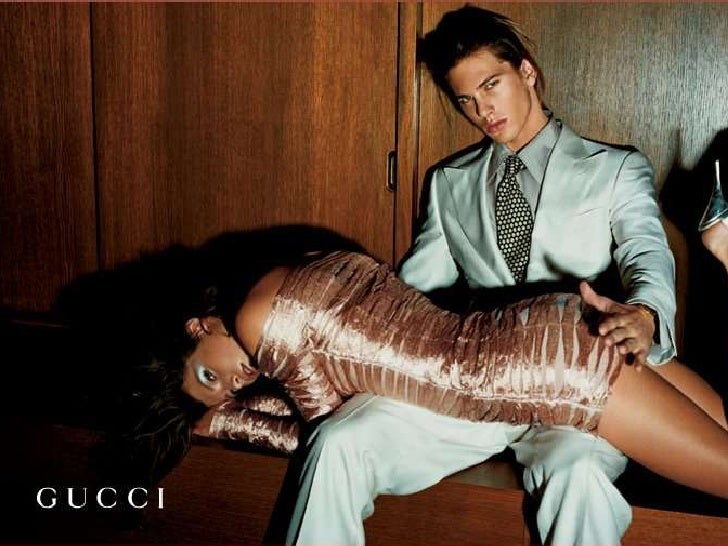 Does the advertisement reinforce traditional gender norms, or does it subvert (go against) them?

This ad reinforces gender stereotypes and subverts the role of women. The strong shoulder pads and the arrogance of the man’s clean-cut stockbroker look assert him as the “owner.” Let’s not forget his hand placement and the man spreading, all contributing to a sort of toxic masculinity. The woman, however, does not hold a look of discomfort, rather one of a sexual nature likely asked for by the photographer. Her tight almost flesh colored dress again lends itself to the sexual situation. For me, the eyes are what really stick out because her very prominent eyeshadow matches exactly to his blue suit. In a traditional sense, the type of sexuality and objectification here is reserved for closed doors and “scandalous,” though I believe that was the intent for the cozy wood room. Let me just clarify tradition, in this I’m referring to the housewife stereotype. Theoretically, this ad is in some ways progressive showing sexuality, there is no issue in the dynamic if consensual, except that it is posed and promoted to pop culture by a company trying to sell you a look. Basically, this is a classic case of the idea that “sex sells.”

Something else notable that came up when Susan B. Kaiser wrote about America’s view on gender in her book “Fashion and Cultural Studies on page 122, “pink-is-for-girls and blue-is-for-boys……Girls can wear blue, but it is still largely considered to be anxiety producing for adults in the U.S.” The woman is wearing a variation on pink and the male blue, thus also bring up societies obsession with youth. Yes, one could say that this idea is a stretch, but two young models in a sexual position have been a go-to ad campaign for years. The colors just serve as a subconscious manifestation of youth and gender, the advertise knows it will trigger something without saying it.