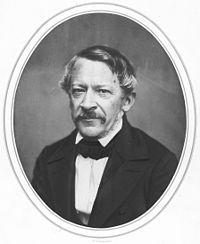 “Slow modulations called binaural beats are perceived when tones of different frequency are presented separately to each ear. The sensation may show how certain sounds are processed by the brain.

In 1839, German experimenter Heinrich Wilhelm Dove discovered that illusory “beats” are perceived when pure tones of slightly different frequency are separately and simultaneously presented to each ear. Dove’s insight was to realize that since there is no acoustic mixing of the tones, the perceived beats must exist solely within the auditory system, specifically that part which processes binaural (e.g., “stereo”) sound.

There are a number of Binaural beat generators online.
Here are a few:

“While research in to binaural beats continued after that, the subject was viewed largely as no more than a scientific curiosity. Oster’s paper was landmark not so much for its laboratory findings, but in how it tied-together the isolated islands of research since Dove in a way that gave the subject a renewed relevance to modern scientific questions.

Oster (Gerald Oster October 1973 Scientific American article “Auditory Beats in the Brain”) viewed binaural beats as having value both for pure research and a diagnostic medical tool. In terms of research, he felt they could be used to explain features of our auditory system, including how we locate sounds spatially in our environment and selectively single-out individual sounds from background noise (see “cocktail party effect“). Medically, Oster saw potential in BBs not only to directly diagnose auditory impairments, but to identify surprising range of seemingly unrelated medical issues. For example, Oster found strong data that diminished ability to hear binaural beats was an early predictor for Parkinson’s Disease. He also found that variation in the ability to perceive binaural beats correlated subtly with where individuals were in hormonal cycles. Central to his thesis that binaural beats involved different neural pathways than conventional hearing was the fact that binaural beats evoke neural responses even when both tone frequencies are below the human hearing threshold.”

— from the website Gnaural (a binaural beat generator interface)

Doing an online search will lead you to a quick realization that binaural beats have been taken up as a tool for meditation. You”ll see words like :third eye, digital drugs, healing, dreaming, entrainment.  You will find claims about its various benefits both in the realm of spiritualism, medical and psychological health.