Auto-Eroticism is an Arduino controlled, voice activated device. The wearable breathing mask holds a microphone to a users mouth, the vibration motor placed within underwear activates only when the user is speaking into the microphone. This project is the prototype of a single user autoerotic object exploring the sense which we can see currently being developed in teledildonic technologies, a feeling close to but different from intimacy with another. The device allows the participant to accept the medical apparatuses (breathing mask and breathing tubes), primarily associated with trauma, as a mode for primal communication with the self. Future iterations will examine the sensory interaction between multiple people, those who adopt the role of the instigator to use the microphone or the receiver to use the vibrator. 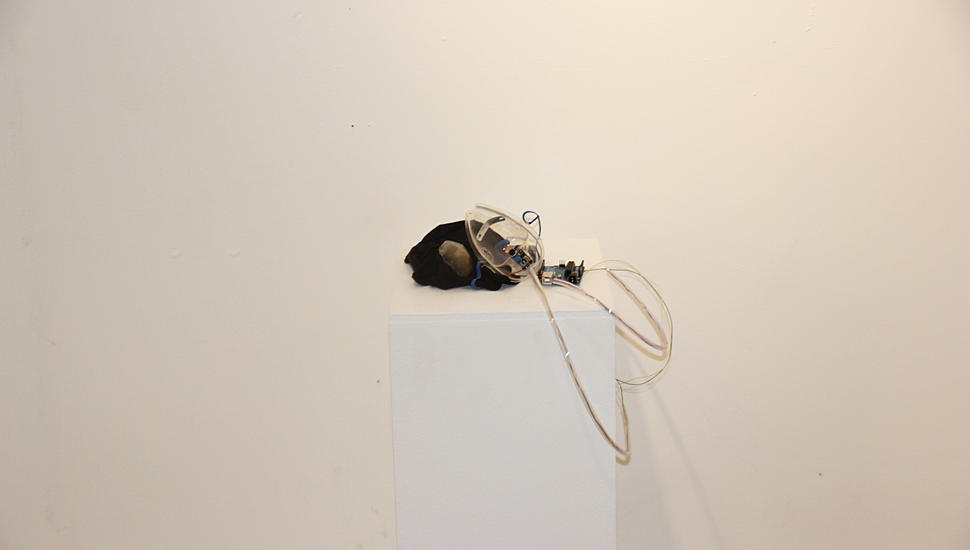