“The Secret Agent is Douglas’s adaption of the 1907 political novel of the same title by Joseph Conrad. Set in London in 1886, the book recounts an anarchist’s failed plot to bomb the Greenwich Observatory and is considered among the first literary portrayals of modern-day terrorism. Consistent with Douglas’s nonlinear treatment of historical events within his practice, his version sets the action within the context of Portugal’s so-called “Hot Summer” of 1975, which ended the turbulent period between the Carnation Revolution of April 25, 1974 (a bloodless coup to end Europe’s longest dictatorship) and the ratification of a new constitution. During the transition to democracy, which hastened the decolonization of Portuguese colonies, numerous terrorist acts by extreme right- and left-wing groups rocked the country.” 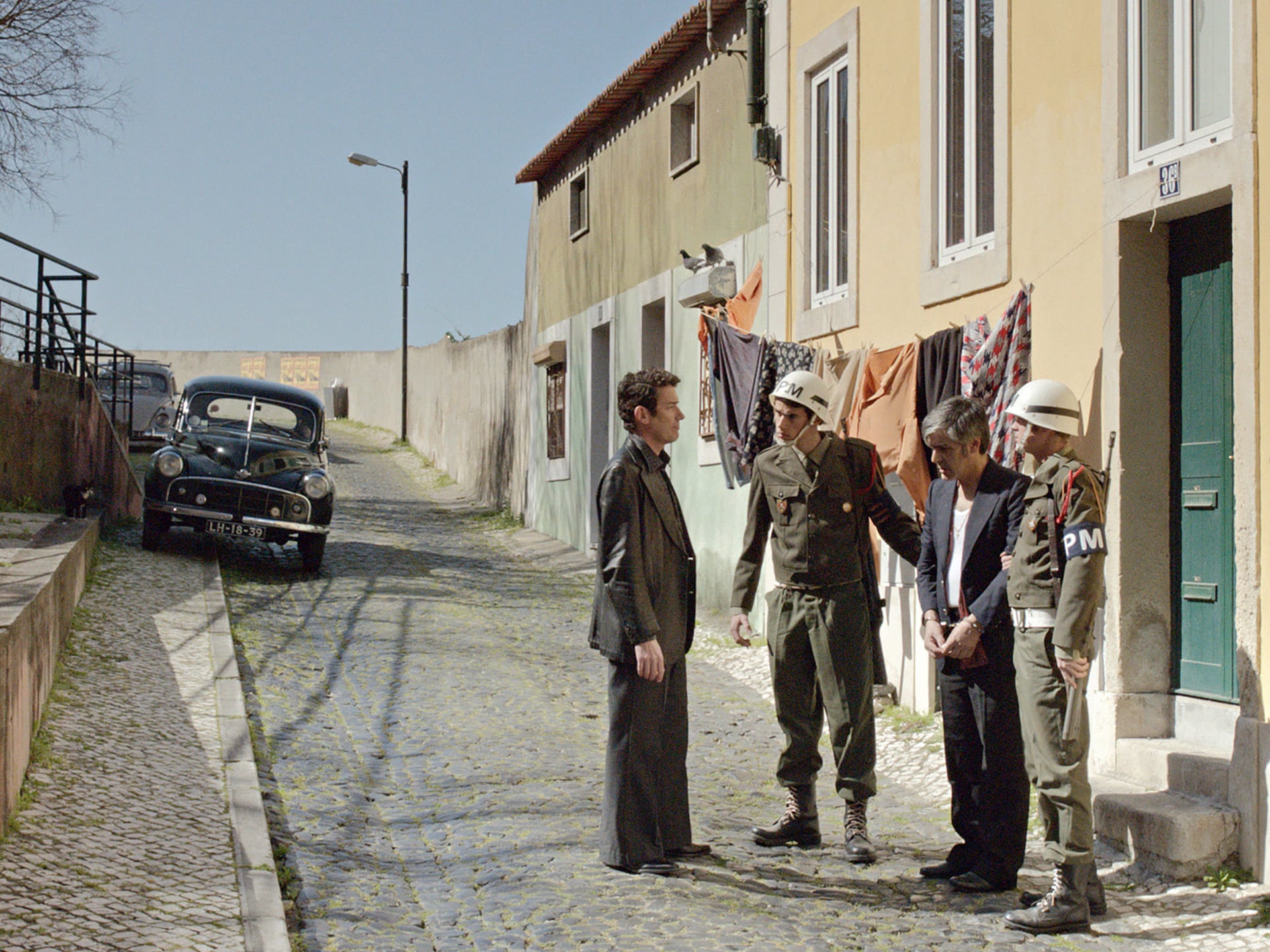 “The work is composed of twelve episodes that are paired by scene on six screens. Positioned in the center of the installation, the viewer becomes immersed in a given scene and must adopt the role of an editor to focus attention on any one part of the action. Characteristic of Douglas’s multilayered and nonlinear films, many of the scenes are shot from differing viewpoints and overlap chronologically. The overall narrative is divided into two sections, before and after a main event that is anticipated and dealt with, but never explicitly shown.”

And in this article in the Guardian