From the New York Times online

It has long been known that some plants can respond to sound. But why would a plant evolve the ability to hear? Now researchers are reporting that one reason may be to defend itself against predators.

To see whether predator noises would affect plants, two University of Missouri researchers exposed one set of plants to a recording of caterpillars eating leaves, and kept another set of plants in silence. Later, when caterpillars fed on the plants, the set that had been exposed to the eating noises produced more of a caterpillar-repelling chemical. 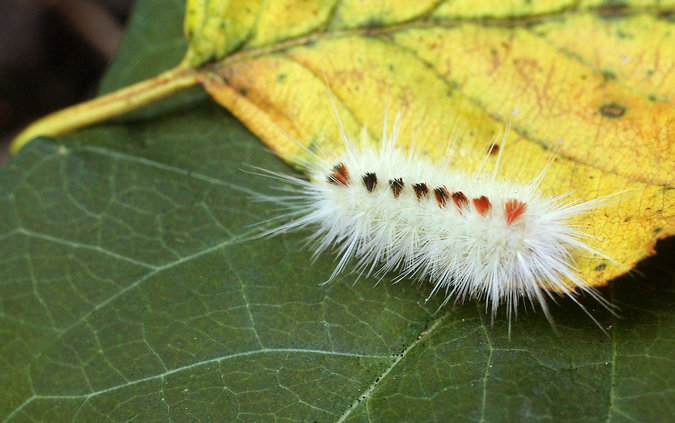 Evidently, the chomping noises primed the plant to produce the deterrent. “So when the attack finally happens, it’s kaboom,” said Heidi Appel, a chemical ecologist and an author of the study. The chemical comes “faster and often in greater amounts.”

Plants exposed to other vibrations, like the sound of wind or different insects, did not produce more of the chemical, suggesting they could tell the difference between predator noises and atmospheric ones. The researchers published their work in the journal Oecologia.

Previous research on plants and sounds have found that two genes in rice switch on in response to music and clear tones, and that corn roots will lean toward vibrations of a specific frequency. (Research from the 1970s suggesting that plants prefer classical to rock music has largely been dismissed.)

But plants “don’t normally experience music or pure tones in their environment,” said Reginald B. Cocroft, a behavioral ecologist and another author of the new study. “We wanted to ask, ‘Why would plants evolve this ability to hear sounds or vibrations?’”

Dr. Cocroft was surprised just how sensitive the plants were to the caterpillar sounds. “There were feeding vibrations that got a strong response from plants that vibrated the leaf up and down by less than one ten-thousandth of an inch,” he said.

Precisely how the plants detected the vibrations is not clear, but the researchers suspect it involves mechanoreceptors, proteins in animal and plant cells that respond to pressure or distortion. “Finding that out is our next step,” Dr. Appel said.