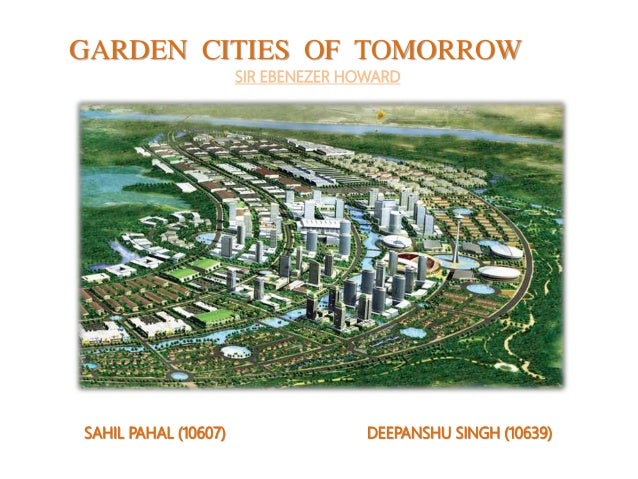 How does density in housing determine the patterns of interaction between neighbourhoods ? Howard’s attempt at city planning showcased a clear circumvention of preconceived notion, his planning patterns defined the garden cities of tomorrow as something somewhat unique to the “cursory knowledge of the actual development of cities during the last three hundred years.”. In order to make statements he could work from, Howard spent a great time finding the grey area between open planning and closed planning which would allow him to keep his idea of the garden city “intact”.  I was able to identify this grey area as I noticed his invention of the grand avenue separating the town into two different zones with a belt of green upwards, as shown in the image above as well as his traditional design of the houses following a conservative movement. A conservative approach to the project would reflect the fruits of closed planning and the creation of unique spaces by the grand avenue would highlight open planning. Furthermore, the concept of the garden city gravitated around the idea that marriage between town and country was possible, Howard demonstrated these ideals by suggesting confined urban grouping at the core of the city ( 1 thousand acres) surrounded by and agricultural belt of five thousand acres. The image above justifies these findings as I observe less vertical infrastructure at the edges of the city but instead large horizontal facilities made for agriculture remain present, additionally the design pattern of the core and the belt embodies the shape of a section from a circle describing that environment. Howard was an ambitious man willing to solve the challenges of the city such as congestion, the boundary between town and country, sustainability and even land cost. However, regardless of his successes or failures trying to do so, the most important thing coming out of such studies is series of precedents for future generations to rely on in times of evolution.